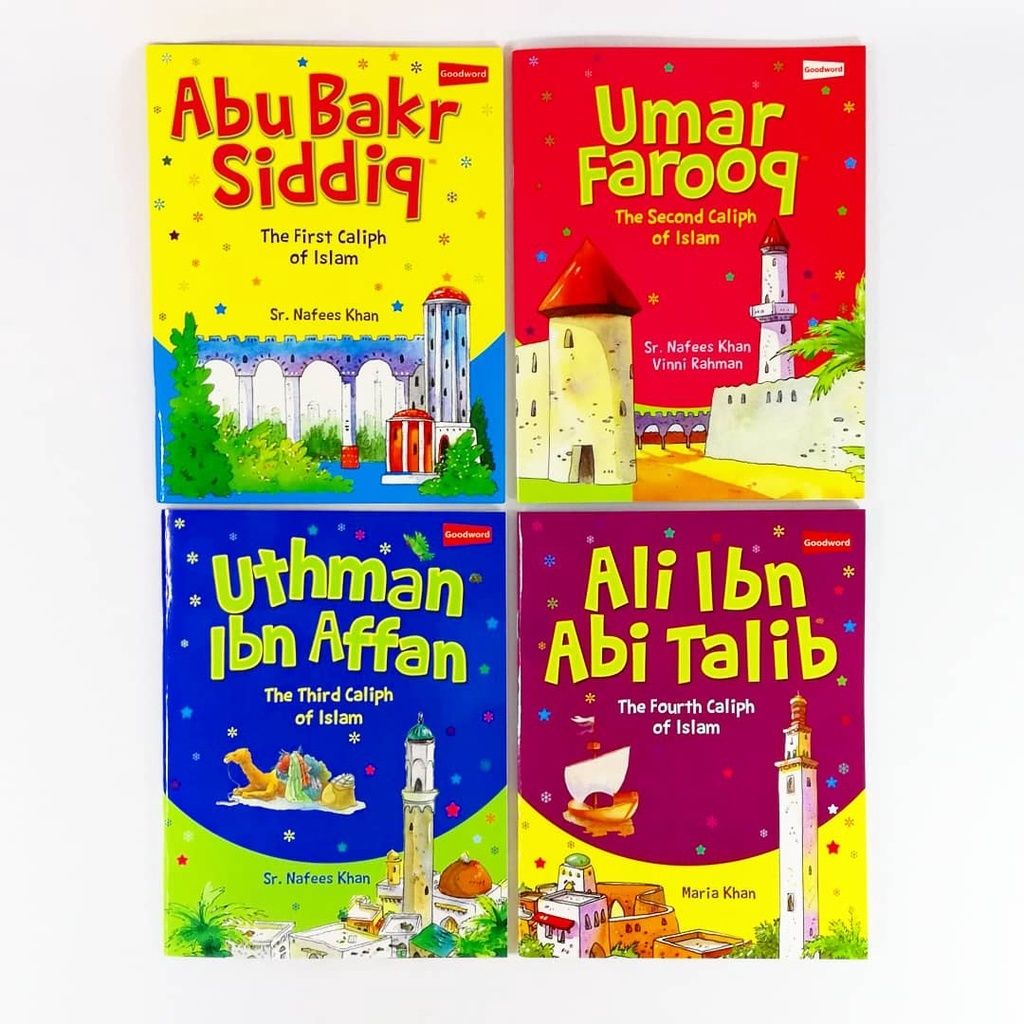 RM 60.00 RM 0.00
Good for our children to know Rasulullah SAW ‘s companions, so they’ll slowly learn how Islam was spread

- Abu Bakr was a rich man and was famous for his good character and generous nature. After converting to Islam, he used his money for defending and helping fellow Muslims.

- Umar Farooq, the second Caliph of Islam, ruled for about ten years over a total area of 2,251,030 square miles. His rule was exemplary, every decision and action of his being guided by the word of Allah, as enshrined in the Quran.

- Uthman Ibn Affan, the third Caliph of Islam ruled for twelve years, the longest among the rightly guided Caliphs. He was a peace loving, liberal and kind hearted ruler.

- Ali Ibn Abi Talib, the cousin and son-in-law of the Prophet Muhammad SAW, was also one of members of the Prophet's household. The Prophet took him into his care when he was only 5 years old and gave him an excellent upbringing.
×
Share 0 Tweet Pin it 0 LINE